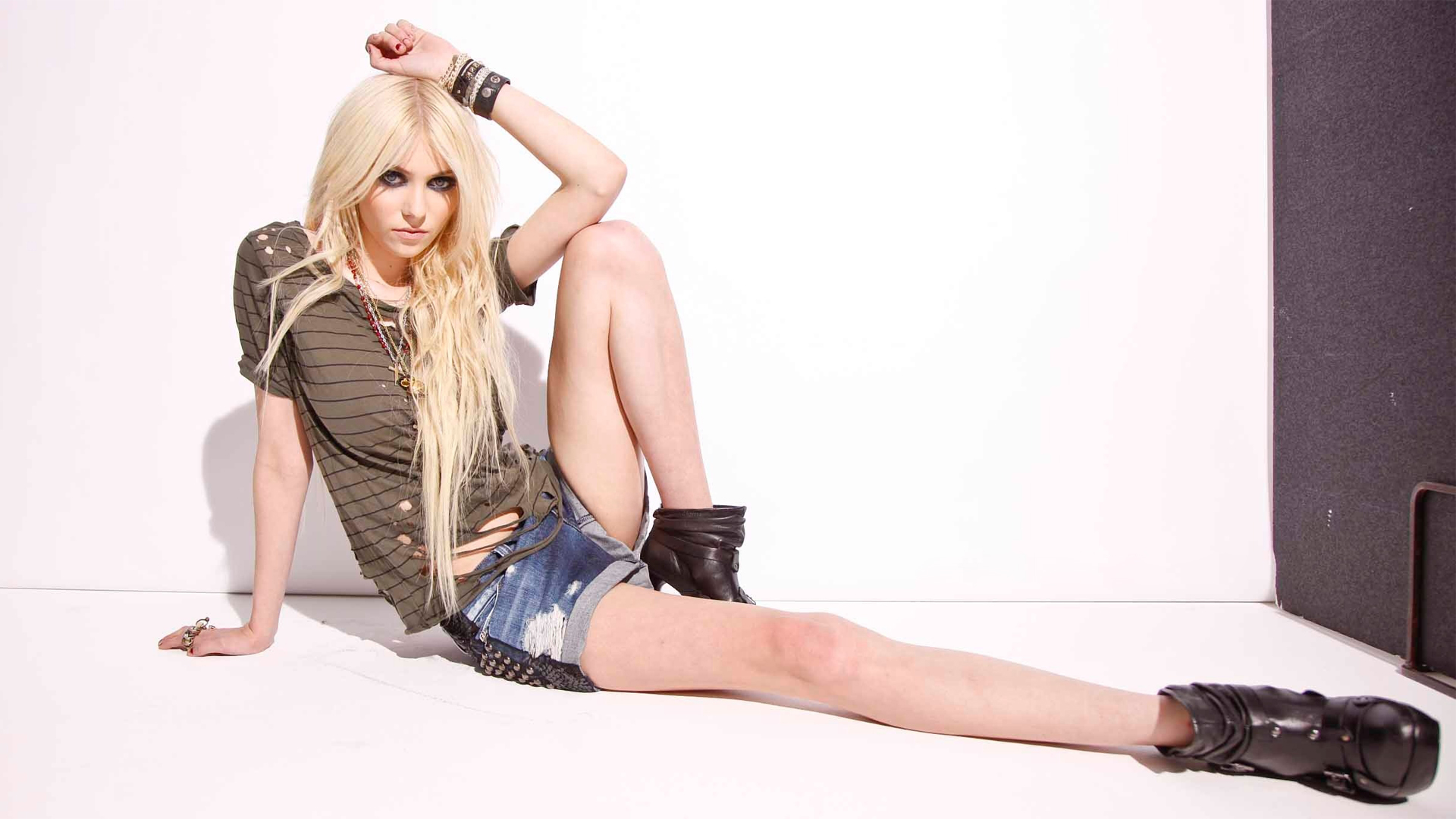 Taylor Momsen and music are as one undividable unit, she says that she loves acting, but the difference between acting and singing is that you get to be yourself while singing instead of playing somebody else. Music is much more intimate and personal for Taylor. Even though she took her first steps into the fame by acting, even then her best roles included her singing, for example aged five Taylor Momsen recorded a song “Christmas why can’t I find you” for the soundtrack of How the Grinch stole Christmas in which she had a leading role. Taylor also auditioned for Hanna Montana’s role, but instead it was given to M. Cyrus. In 2007 Taylor Momsen started a band named The Pretty Reckless. This band was formed by producer Kato Khandawala, he joined Taylor Momsen and Ben Philips together and soon they started writing songs. Taylor Momsen’s band focuses on rock (alternative, hard) and post grunge music styles. Band is active from 2009 to present. During these years band released two albums, one in 2010 named Light me up, and Going to Hell in 2014. Taylor Momsen is a leading vocal in this band, but other than singing, she plays guitar and writes songs. Taylor Momsen wrote songs such as Make me wanna die, Miss nothing, Just tonight, Kill me. Heidi Montag recorded a single Blackout, which was written and recorded as a demo by Taylor when she was only eight years old.

Literally, it is hard to believe Heidi’s choice of songs, but there it is. Taylor commented on this: “I’m like, okay, dude, you’re singing an 8-year-old’s words, but that’s cool. It’s so funny because I didn’t shop it or anything and I get this call going, ‘Did you write a song for Heidi Montag’? And I’m like ‘What?'”

Taylor Momsen’s first album Light me up reached commercial success, it also was more popular in UK than USA, as UK release had two more singles Miss nothing and Just tonight included on which the popularity of an album was based on. This album got average score on critical reviews and was nominated as generally positive project by all the critics. Taylor Momsen’s band song Make me wanna die has two video versions, one that was first released and gone viral and the official one by VEVO.

Taylor Momsen and the band had some great concert tours: first Light me up tour, that took over hundred performances, The Medicine tour and Going to hell tour. Taylor Momsen with The Pretty Reckless played on the same stage as supporting members with Marilyn Manson, Evanescence, Fall out Boys. Taylor names The Beatles, Led Zeppelin, Nirvana, The Who, Pink Floyds and AC/DC as her inspirational music, she grow up with these classic rock bands as it was her father’s favorites and made a huge impact on her musical taste.