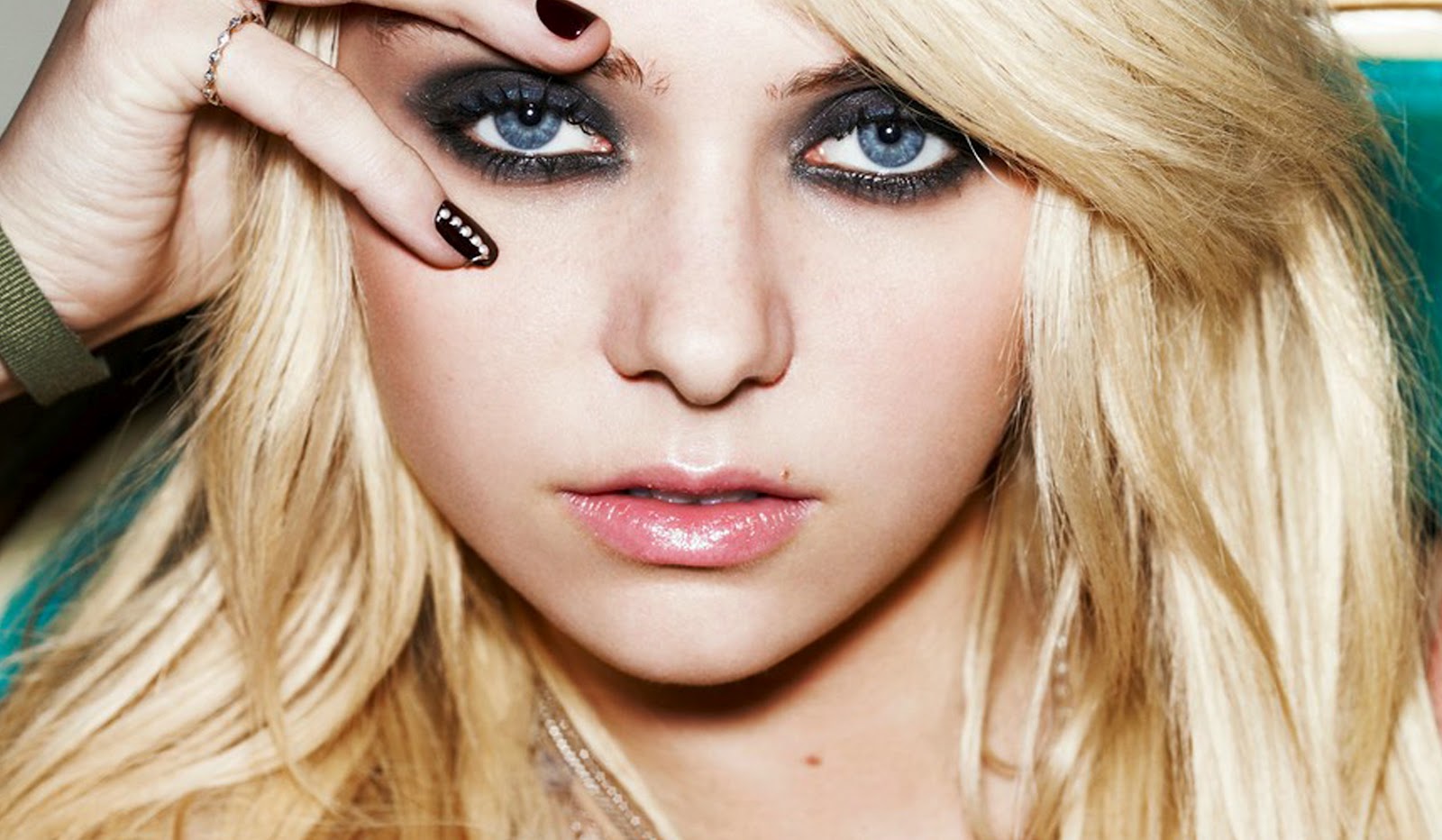 Makeup is one of the most important details of every woman’s everyday life. However there are some cases when some girls overdo their looks. Taylor Momsen looks like sweet young girl without makeup, but as her status of a rock band’s lead singer demands, she wears a lot of makeup. During one of her interviews Taylor Momsen admitted that she does not spend too much time on brushing her hair, but instead she does her eye makeup for a half an hour! Taylor Momsen spends so much time to make her eyes look smoky, for that she uses black eyeliner, black and grey shadows and black mascara. She applies a wide range of shadows on her eyelids and below the eyes. Taylor wears some dark red or blackish lipstick. She also uses same dark colors to paint her nails. However Taylor Momsen’s makeup receives mixed opinions, some think this is hot rock stars look even though a little bit messy, but sexy. Others say that she looks like panda with that eye makeup. Some of Taylor Momsen’s Gossip Girl fans would like to see her with no makeup or much lighter one, than she wears now. However it looks like her makeup is getting really popular as you can find so many information on internet on how to steal Taylor’s makeup and how to make these smoky eyes. One thing all those sites writing about her looks have in common, they all suggest to relax for a start and get some funky careless attitude to begin with.